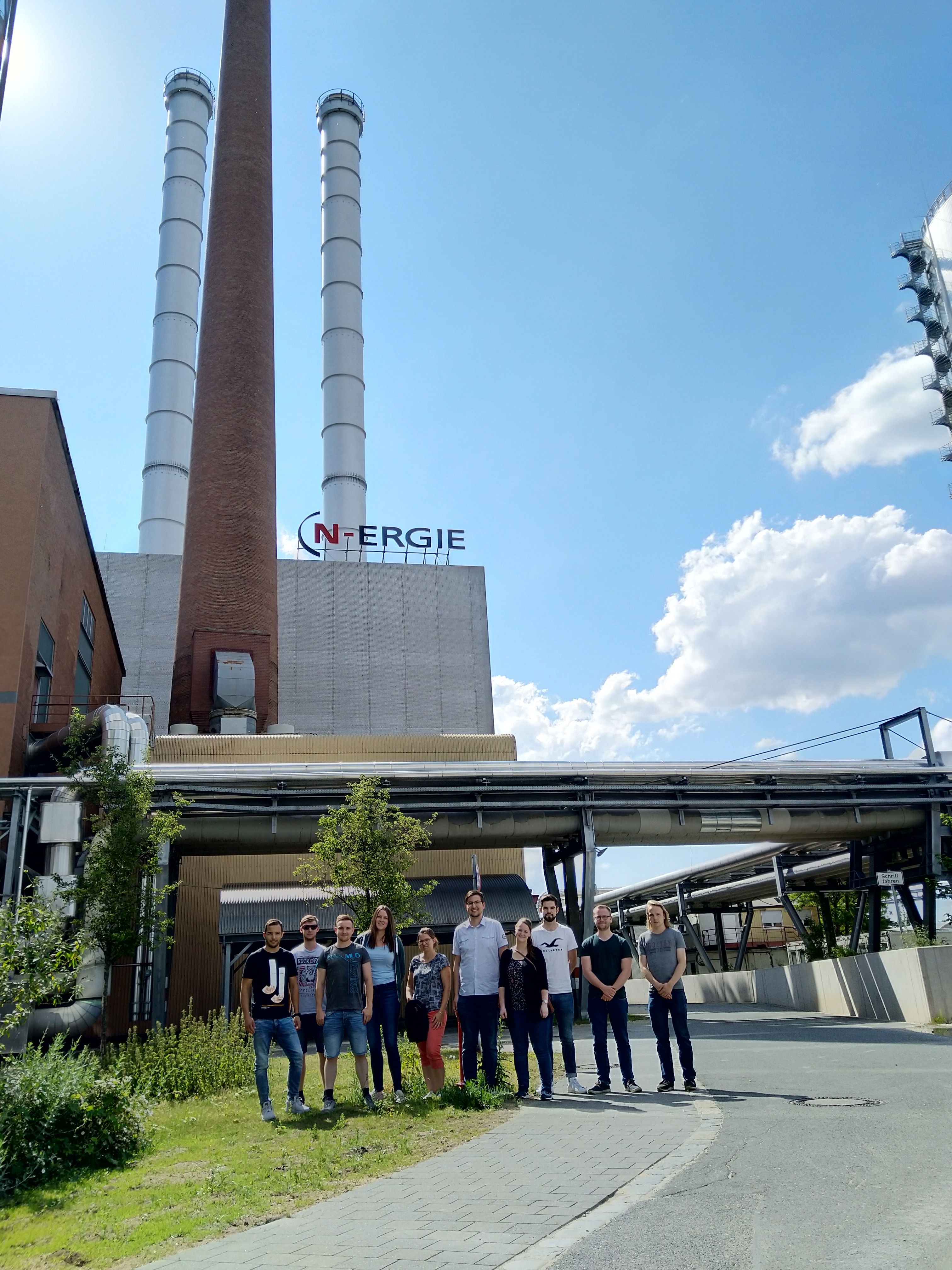 Picture: Dr.-Ing. Theresa Weith and Matthias Welzl, M.Sc. (4th and 5th from left) together with the participants of the energy technology excursion at the site of N-ERGIE Sandreuth

This year's energy technology excursion headed for the surroundings of Regensburg. 9 students of the engineering master courses were accompanied by the excursion organizers Dr.-Ing. Theresa Weith and Matthias Welzl, M.Sc. from LTTT.

First stop of the two-day trip was the heat pump manufacturer Alpha-InnoTec in Kasendorf. After an informative lecture on the various heat pump technologies, the students were given a guided tour to gain an insight into the production processes. One of the highlights was a guided tour of the technical center set up in 2013, the heart of research and development at Alpha-InnoTec.

The next stage of the trip was Regensburg. The students visited the site of Infineon Technologies AG, one of the world's leading suppliers of semiconductor solutions. The combination of front-end (chip production) and various backends (packaging) is unique for the site of Regensburg. The focus of the visit was on the site's facility management. In the course of a guided tour, the students got information regarding the energy supply of the complete site. The supply of the cleaning rooms represents a challenge.

After an over-night stay in Regensburg, BMW's production was on the schedule for the second day. In the customer center, both the history and current milestones were explained in a short film. During the subsequent guided tour of the press facility, vehicle body shop, paint shop and assembly hall, the excursion participants were able to learn all about the efficient and modern production of vehicles.

The last stop of the excursion was the energy supplying company N-ERGIE Nürnberg in the afternoon. The headquarters of Sandreuth with its natural-gas-fired combined cycle power plant and the biomass cogeneration plant, which was commissioned in 2012, were visited. The steel tower of the heat storage with its height of around 70 meters is most impressive. It has been in operation since 2014. It is one of the highest and most modern ones in Europe.

Afterwards, the participants went on their way back home with many impressions gained during the trip.

The participants of the energy technology excursion 2019 would like to thank all companies visited for their hospitality as well as the interesting lectures and guided tours.